Some chapter 7 filers may find out that their actions several months before they file bankruptcy can affect their ability to obtain debt relief. To learn more about preferential payments, read on.

Many filers overlook the potential for their assets to be used to pay creditors. The idea of bankruptcy is to allow filers to be free from some or all of their debt but, while doing so, the courts try to pay the creditors as much as possible. That is why the bankruptcy trustee has the power to seize certain assets and use the funds garnered from the sale to pay certain creditors. Most filers don't have anything to worry about since their assets are protected by exemptions. Those with very high incomes are more likely to exceed their exemption allowances and lose property to the trustee. The bankruptcy trustee, however, has the power to look at previous assets as well as current assets.

It might be helpful to picture your creditors as a list. The bankruptcy code assigns each creditor a priority. In most cases, for example, taxes are a very high priority and credit cards a low priority. Any assets seized, therefore, go to pay the highest priority debts. It gets more complicated, though. The trustee may look at your previous creditor transactions and "undo" them if they don't meet the standard. For instance, if you paid off a personal loan a few months before you filed bankruptcy, the trustee can try to take that money back from your friend or loved one. The problem is that you treated the personal loan as a preferential payment and your friend is not considered a priority creditor. The same thing can apply if you paid more than was necessary to anyone you owed money to—from credit cards to medical debts.

What Else to Know About Preferential Payments

For more information on preferential payments, speak with your bankruptcy attorney. 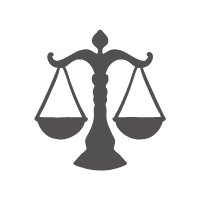 Do you cringe every time a bill comes in the mail? Most people do not like paying bills, but if you're scared to even open the envelopes because you've been unable to afford your bills lately, that's a big problem. In some cases, you may be able to consolidate and pay off your debts. In other cases, declaring bankruptcy may be the best way to move forward. Imagine being able to open envelopes without feeling that terrible sense of dread. The first professional to contact about your situation is a bankruptcy attorney. As you explore this website, you will learn more about the services they offer and how they can benefit you.